Your success is assured when Gary is working on your real estate.

Gary is consistently among the Top producing Realtors in Florida and at Plumlee Gulf Beach Realty. His track record of success here is remarkable. Stellar MLS data confirms Gary has closed over 150 transaction sides valued at $83 million to date – with the highest individual property sale at nearly $3 million.

When Gary sets a goal to help his customers, he totally commits all his expertise, resources, and his optimistic personality to perform. And he does succeed for his customers!

He has a proven track record of success – ranking in the top 5% among the 10,000 Realtors in Pinellas County. A polished and successful business executive, Gary moved to Florida from Canada in 2001 and obtained his real estate licensed in 2002. Using his considerable skill and insight, Gary learned Florida’s local real estate market quickly and in detail. As his real estate sales expertise grew, he effectively served multiple leadership roles with major brokerages in the beach area. He prefers these days to take care of buyers and sellers directly. He knows nearly every community in Tampa Bay and his specialty is the luxury property market from Clearwater to St. Petersburg. He has closed great deals for his customers on single-family homes, Gulf-front condos, and pre-construction and investments and is experienced in commercial and retail opportunities.

Thank you for checking in. I look forward to helping you.

Perhaps you’d like to hear what Gary’s customers say:

We wanted to share our experience with Gary. We were in the process of moving from Kansas City back the Tampa Bay area. Our previous home sales and purchases were handled by another Realtor who no longer lives in Florida. But we've remained friends with her over the years and when asked for a reference for a Realtor in Florida, she reached out to her resources and requested that we received the best around. We strongly feel that is what we got with Gary. When we first met with him on a visit to Florida, we were not 100% sure we were going to make the move back. Furthermore, we advised him that a final decision may not come for several months and even at that the move would hinge on what movement we would get on our house in Kansas City. Despite the uncertainty Gary was proactively diligent for those several months in answering long distant questions and searching for home within our desired criteria. Once we had sold our home and moved to the phase of a home search in Florida Gary continued to stay on top of our high-level needs and concerns that come along with a long-distance relocation. He quickly understood our personal needs and tastes regarding our future home and had all details readily available for any questions and concerns we may have had for each home we investigated. We were fascinated with his knowledge, experience and expertise in the industry which gave us great confidence and kept us at ease throughout the entire process. It was especially obvious that while real estate is his business, job and provides his income, he first and foremost did not want to just make a transaction, but wanted to find us a home we were happy with. He was always in our corner and standing up for what we needed about any seller's agent and was on top of ironing out any wrinkles that may have come up during the entire process. We are a picky family when it comes to customer service. We will quickly inform anyone of terrible service, say nothing about average service but scream from the mountain tops with a great experience. We would easily and highly recommend to anyone trying to sell or buy a home that they should use Gary Wilson.

We looked for the right condo for about four years. I called and talked to Gary about another one of his listings. We weren't even interested in that unit, but Gary was able to get me to explain our situation to him and that we have been looking for something special. I had three different agents sending me information on a weekly basis. They did not listen to me and as a result every unit was so outdated and just plain blah. Within the hour after we talked, Gary emailed me information and pictures on a couple of viable units. So, while we were down for Spring Break we decided to look.

After we walked through Gary's top recommendation I couldn't stop thinking about it. Incredible, and I used to build custom homes, so I know! Gary never forced the issue and was so professional. (If he were pushy, I would of have walked). I contacted him a couple weeks later with some questions, and he was all over it responding. We ended up making an offer and flying out a couple days later to finalize.

I built and marketed a 106-home golf course sub division myself. So, I have worked with many real estate agents. I only wish they were as good as Gary. After dealing with Gary on this transaction, we don't just consider him our Realtor, but he is now a friend. I would recommend him to anybody.

Every question I had for Gary he responded promptly before and after the sale. All I can say is Plumlee Gulf Beach Realty has a very good man working for them and is very fortunate. It's hard to find exceptional real estate help like Gary these days.

I'm sure we will be doing other deals in the future.....

And after closing, this put the icing on the cake. My wife and I will never forget this. My son came down there with three of his buddies to check out our condo. Gary called me to inform me where he was leaving the keys. He asked what my son liked to drink and that he was going to the store. I told Gary, "Seriously, that is so thoughtful, but you really don't need to do that". He insisted. He sent me a picture of where the keys were located - along with not only water, but solo cups, brownies, snacks, chips, pop and other goodies which he picked up for the boys. How many Realtors would do that after the sale is final?

Gary Wilson is very good at his job. He made our purchase extremely easy and a pleasurable experience. We would recommend him to anyone.

We really enjoyed working with Gary and Plumlee Gulf Beach Realty. He is very professional. We look forward to selling more properties together. The condo is gorgeous and we know the new buyer loves it as much as we do.

Gary is great. He is my Realtor for life.

Gary is the most responsive and kind Realtor we have ever worked with. Moving my Mom from a condo to assisted living in a different city was not easy, but Gary was there to help connect the dots every step of the way. He helped soften the blow of so many things happening at once, from routine items to the monumental task of helping us clean out a place that had more than 10 years of "stuff" in it. His service to my Mom was outstanding and so personal that once we sold the condo and all the paperwork was done we have remained friends.

Thanks for selling the condo and everything you did for us, Gary. Much Appreciated!

Gary did his job very well and sold our home. Now moving has kept us busy with little down time.

We recommend Gary to anyone in need of a Realtor. Gary previously sold two of our homes for top dollar, by always looking out for our best interest. His advice, knowledge of the marketplace, and willingness to do whatever is needed was always appreciated.

Randall and I not only consider Gary, "our personal Realtor", we also consider him our friend and will be working with him together to find our next home.

Thank you so much for doing such a great job for our families on our listing. We sincerely appreciate all the hard work and total dedication to help us sell our "Gigi's condo on the beach" following her passing. The fact that you spent so much time strategizing on how to best present and price the condo - plus the extra consideration of staging, open houses, and marketing the property went above and beyond. You truly are a "trusted advisor" to us. We always felt you had our best interest in your heart.

We have worked with Gary before and had such a great experience that we sought him out again to sell our house and help us find our new one. He's easy to work with and very responsive, without hovering. We will work with Gary whenever we are looking to sell or buy a new property. We recommend him to all our friends!

Lois and I met Gary through other Valencia Lakes residents who recommended him. Our experience with Gary was a superlative one. He protected our investment with his knowledge of the market, his attention to detail, and excellent communication skills. He continually followed up with the progress or lack thereof with the seller and their representative. He is truly an asset to Plumlee Gulf Beach Realty. We are grateful for having had him as our Realtor! 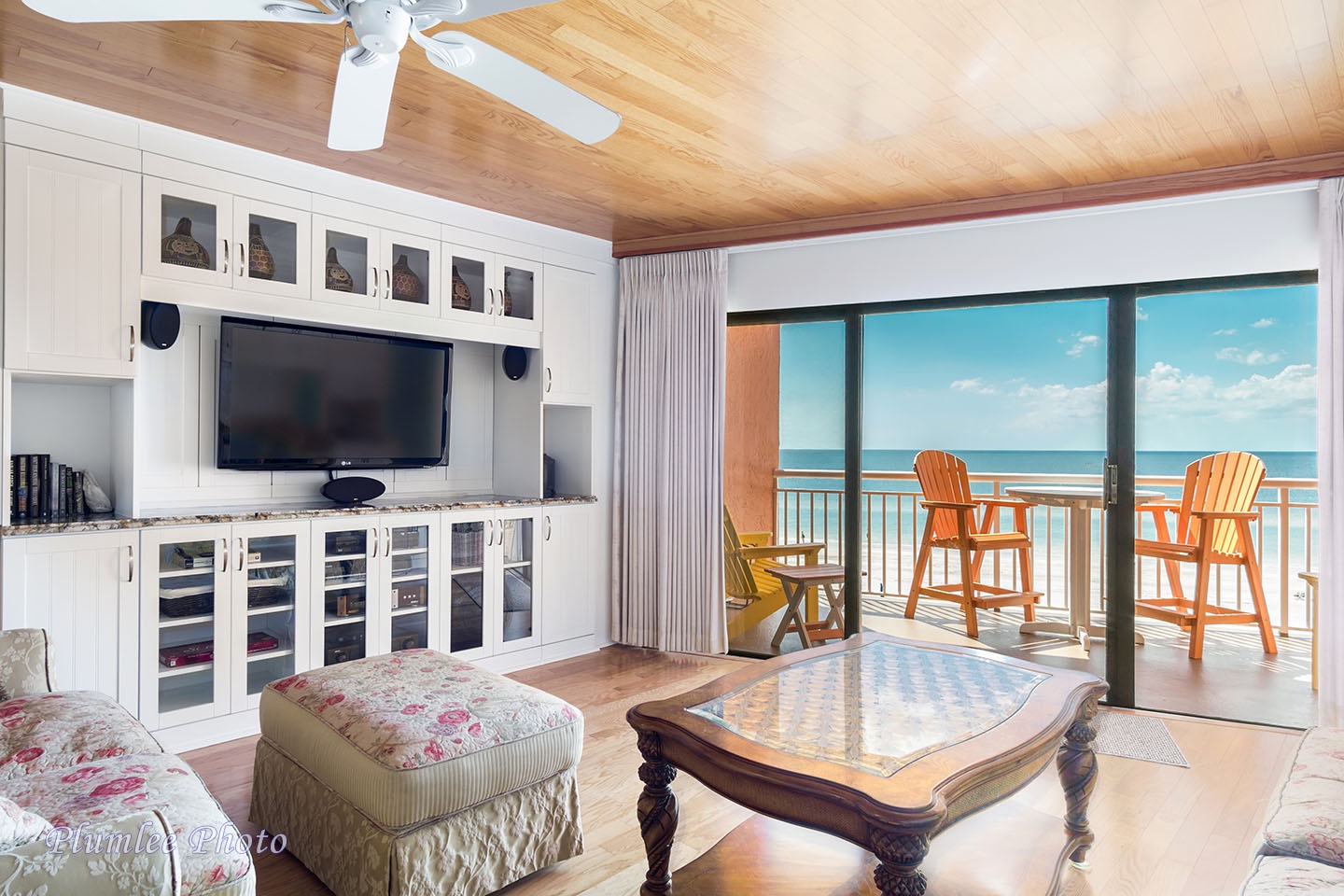 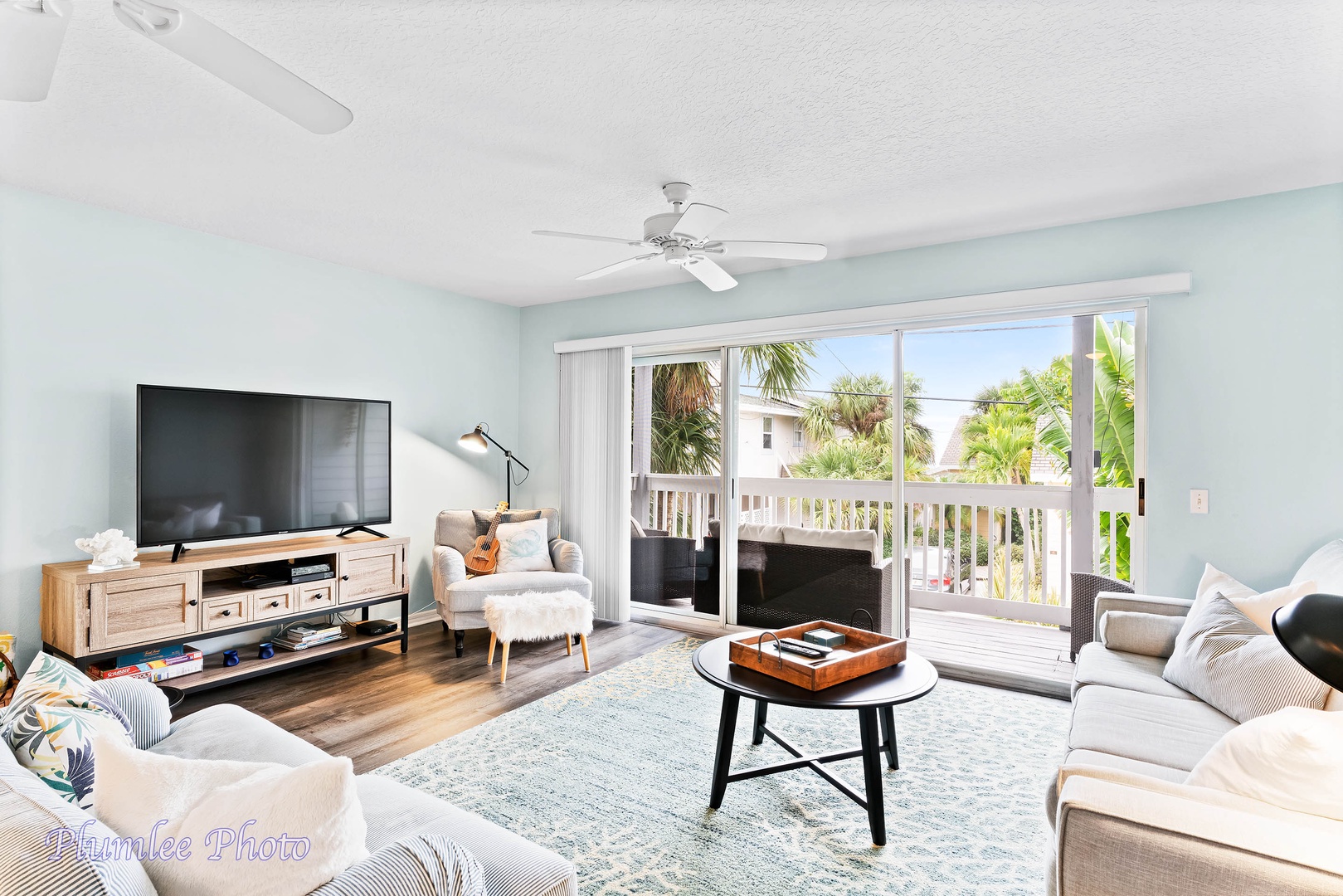